Sunlight that appears to look like rays in a landscape, is very attractive to look at. These rays can add the magic to even the simplest of landscapes, transforming them into works of fine art. 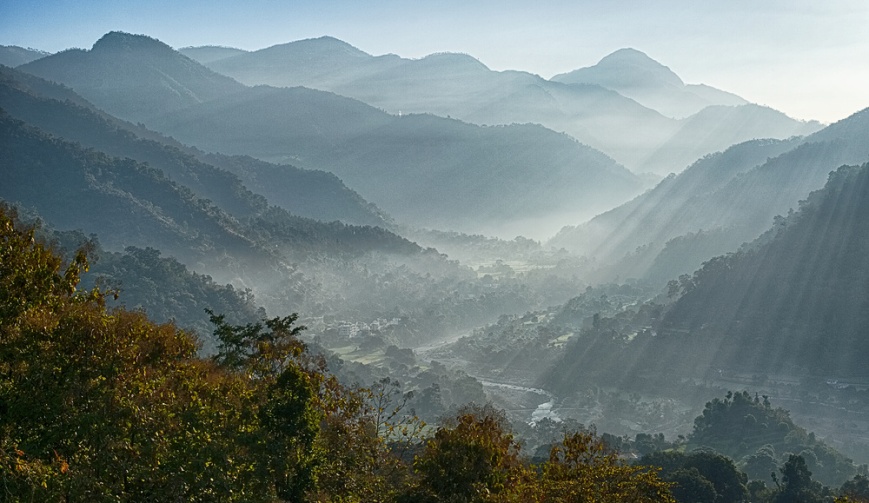 For effective landscapes with this effect, there are four simple steps. The creation of any photograph starts with visualization and goes through darkroom work and finally culminates as a print. In landscapes showing these ‘sun’s rays’, all these steps play important roles.

Atmospheric haze is the first prerequisite for such photographs. Haze can be due to fog, mist, smoke or even fine dust. A simple scientific principle comes into play here. The suspended particles in the air, scatter the light and this scattered light is what we have to highlight. The effect is called Tyndall Effect. 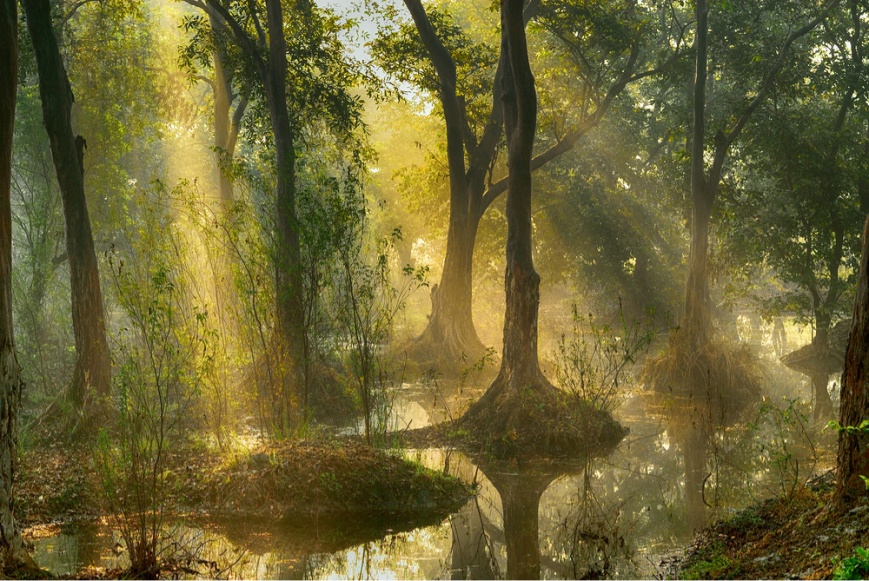 (Sun rays in a marshy forest, on a cool and misty morning)

The creation of the effect ( sun’s rays )

To sunlight passing through the hazy air gets scattered and becomes visible. However to actually show it as directional rays of sunlight, there have to be areas where this effect is not visible. The simplest solution to this in landscapes is to have objects that prevent the light from going to the hazy air.  These can be tall bushes, trees, mountains and even clouds. To further pronounce the effect, light falling from an angle looks even better.

Think of early morning walk in the woods on a cold foggy winter morning. The light-rays from rising sun will show itself in the foggy atmosphere as bright bands, separated by areas where the trees prevent the light from passing through the fog (effectively their shadow region).

Keeping in mind the post-processing that will be required to enhance the effect, here are some more things to keep in mind –

(The histogram as seen in the curves tool, of a usual foggy landscape, predominantly limited to the central part of the available dynamic range. A similar histogram will be seen on the preview screen of the camera too. This is from Affinity Photo since I wrote this article after transferring the photographs to my computer.)

This is an important step in such photographs. There are two major things to do for making the effect more visible. The tool to be used for this purpose is the super-powerful Curves Tool (Curves Tool at your service). Here are the steps to get the required effect – 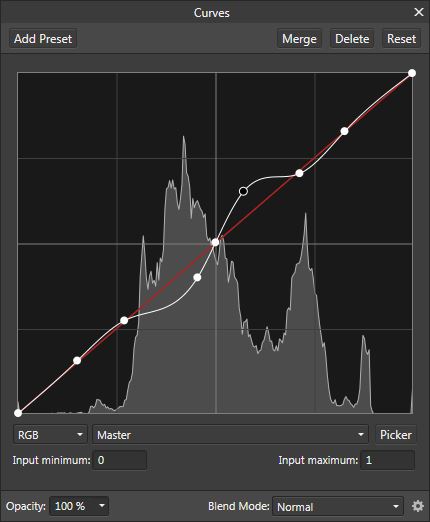 I recommend using the curves tool twice for the above settings rather than trying to perform both the adjustments in one go. I find doing specific things easier with the tool, rather then trying to do a lot of enhancements at the same time. A word of precaution – Curves tool is a very powerful tool. So, be careful. Keep the changes to a little less than what you feel is fine.

Another easier option is to enhance the ‘dynamic contrast’ if such a tool is available in your favorite image editing program.

A little amount of old school burning and dodging can also help in enhancing the effect.

Such fine shifts in tints and shades, that show the beauty in these sun-rays can get lost to poor printing jobs. My recommendation is to make use of a professional photo printing service which uses calibrated machines and a high grade paper. If you are planning to print at home, calibrate your printer first.

I had to face a similar situation some time back, when one of my photographs which was printed locally was made overly bright and it ended up loosing the sun-ray effect which had lighted up the main compositional element. Though the effect is not visible on display screens, you can still read about the mishap here – Annoying Little things 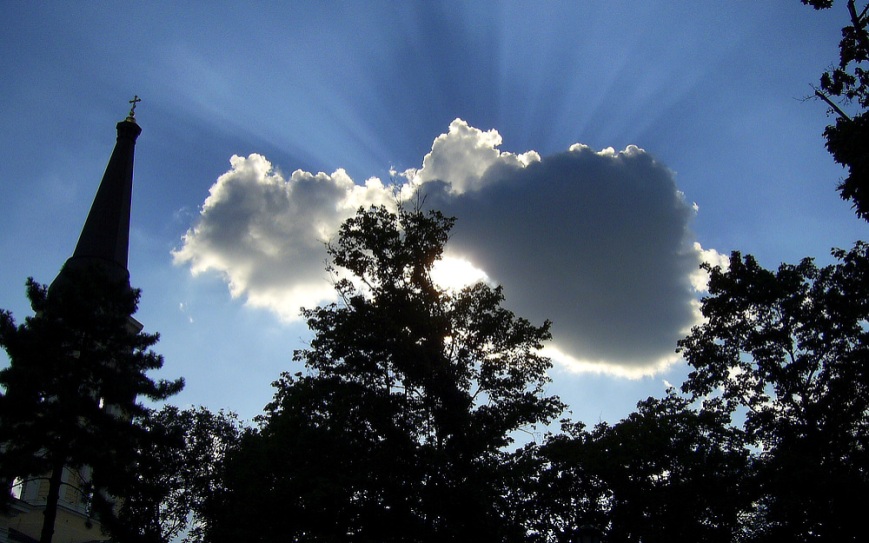 (This photograph was captured on an inexpensive compact camera as jpg. Sometimes nature itself presents the sunrays so prominently that nothing more than a simple click is required)

Further Reading :
Curves Tool at your service
Burning and Dodging

He is a good friend and a fun person to be with. Missing the good time spent together. I had clicked this snapshot many years back. Once the pandemic is controlled, will meet again and spend some good time together.
A potter works her magic on clay.
Frosted Glass. After a thunderstorm yesterday, I got reminded on these photographs and so decided to revisit them.
The little girl smiles for the camera and her brother admires the loving sis. A fleeting moment that got caught.