The oldest camera mode is the Manual Mode. It is still found on all the present day cameras on the mode dial. An obsession for some, headache for some more and an unknown dark alley for most, manual mode is an interesting little mode in present day cameras.

Every learner considers himself/herself to be fully knowledgeable about the camera after learning to use manual mode. What an irony! Manual mode is just a leftover from the old camera days. It is almost extinct. Why the hue & cry over manual mode? The reason that I understand is – it has something to do with the old part of our brains, the limbic system, or in plain simple words it is the basic instinct, an emotional thing!

Using the manual mode gives a feeling of having everything under control. Interestingly, the feeling is a false one most of the times. Yes, even when you happen to use manual mode and feel a sense of power – you are actually fooling yourself that everything is under your control.

Yet, Manual Mode is an obsession for many.

I have written about various camera modes earlier (Camera modes (PSAM and more)), but due to repeated requests and queries that I keep getting about this mode, I am writing further about it.

(Fishing boat getting repaired during the rainy season – Photographed using Aperture Priority Mode and – 1EV. Manual Mode could also have been used but why waste time setting shutter speed if I knew what was it that I needed in the composition. Visualization is the key)

It is the oldest mode and so what it simply does is that it permits the user to set shutter speed and aperture individually. There is no relation to each other and how the two values move. Both are completely available to the user to set as desired.

In other modes, for example in aperture priority – if with an aperture of f/8 camera sets a shutter speed of 1/250 seconds, then closing the aperture down to f/11 reduces the shutter speed to 1/125 automatically. This is where the concept of exposure values comes in (Exposure Values & Exposure Compensation).

In the manual mode, the settings can be anything. In the above example, if in manual mode, changing the aperture from f/8 to f/11 will not change the shutter speed. They are totally independent of each other.

If the meter is well centered in the reading, then the values set by the camera user are fine as per the camera’s calculations. The amount of deviation towards minus or plus shows the amount of correction the light meter calculates is further required in the settings.

The scenario above is what usually happens and most photographers end up using the manual mode as an extension of light meter readings. Basically what they are doing is taking the job of a camera in their own hands but still working under the command of the camera. In aperture or shutter priority modes, the camera would have set the other value but with manual mode, they are setting the other value, as told by the camera. Is that freedom or is that unnecessary extra work? Take your call!

The effect of exposure compensation

(Forest with lifting fog, while the sun was still yellow. Captured with a 135mm lens on Aperture Priority at f/8 and 1/125 sec exposure.)

I didn’t have to bother with this during my early photography days. After all the film had one ISO for the full roll. Changing the ISO in film days meant changing the film roll itself or opting for a process called push-processing. Ah! The wonderful nostalgic feelings, the thought of film kindles.

Coming back to the present day digital cameras – Auto-ISO is the camera setting where ISO changes automatically as determined by the other settings. (I’ve written about it earlier but maybe I’ll write a separate short article on this). Usually, it is hidden deep inside camera menus but for ease of use, it can be assigned to customizable buttons found on some models.

When Auto-ISO is switched on in manual mode and if the exposure as seen by the camera’s light meter seems to be dark (underexposed), the Auto-ISO function pushes up the ISO. This ensures that even with the manually set aperture and shutter-speed, which would have otherwise caused a dark image, the resulting image turns out normally exposed. Auto-ISO, therefore, helps the user with getting correct exposure in manual mode when the exposure seems to be on the lower side. (Auto ISO)

The cost paid by the photographer is obviously the high ISO noise. Sometimes it can really spoil the image quality. So, be careful of that.

What if the manual exposure settings seem to be over-exposing the image. What does Auto-ISO do? It sets the ISO to the lowest available value and remains there. The image gets over-exposed. If you want to prevent overexposure in such conditions, use a ND filter. (Neutral Density Filters)

When the Manual Mode is actually useful!

Manual mode in most cases just serves the purpose of providing camera users, a morale boost. Like I had mentioned earlier, users end up doing manual work instead of letting the camera do it.

However, there are four definite scenarios where the manual mode is actually useful –

Scenario 1 – HDR – Sometimes for creating HDRs, the exposure bracketing provided in the camera does not have the required range. In the manual mode, the exposure can be varied as much as required. Just remember to switch off the Auto-ISO. (HDR Photography)

Scenario 2 – Long Exposures – When really long exposures are required, which happen to fall outside of the available shutter speed range, manual mode is required. (Unfortunately, some cameras provide the bulb/timed modes on the camera mode dial, which can be quite confusing). For such exposures set the exposure to manual mode. Use the aperture and shutter speed that you desire and then add ND filters if required. (Mountain Stream & Long Exposures)

Scenario 3 – Using a Flash – When using a with TTL settings (Flash Modes), setting the camera mode to manual mode is ideal. Set the aperture and shutter speed as required by the composition and let the camera control the flash by metering the actual light falling on the subject. The only thing to take care of is the flash-sync speed in older cameras/flashes. Just keep the shutter speed at or below the flash sync speed in such cameras.

Aperture value while using the flash acts as it always does – for setting the depth of field and light that reaches the camera sensor/film. When the flash is set to auto (TTL for example) then the camera calculates the time duration of flash fire (which in turn determines the total light provided by flash). In manual flashes that are not controlled by the meter, the aperture determines the amount of light and thereby exposure. This is an old method and no longer used. If you are interested – look up Guide Numbers for Flashes!

Shutter speed, however, acquires a slightly different role while using flash. The duration of the flash is a very small fraction of the time shutter remains open. So, increasing or decreasing the shutter speed does not affect exposure. However, it manipulates the amount of ambient light that reaches the camera. Think it over. Once you understand this, playing with flash and manual mode becomes fun.

Scenario 4 – Panoramas – When planning to create a panorama by stitching multiple images, manual mode is the mode to use (combined with a fixed ISO). This ensures that the panorama’s light appears realistic. For example, while clicking a sunset panorama, the area around the sun will be bright but away from it will be dark. Using any auto modes or even Auto-ISO will cause each individual shot to be exposed properly but the series will have a shift in light conditions making it difficult for the software to create a panorama, and sometimes the resulting panorama may come out looking very unreal.

Scenario 5 – You need a fixed shutter speed and aperture – This one is an obvious reason. However, I have included it here to stress the places where such a setting is actually required.

When for example you want to create a stop-motion series – images of a flower opening up, clicked at every 5 minutes, where you also want to show the changing light conditions.

During multiple photographs at a quick stretch, whenever the shutter release is pressed, the camera may change the shutter speed or aperture in other modes. Sometimes this is not required and this is another scenario where using manual mode helps.

During bird and other wildlife photography, the long lenses demand a minimum shutter speed so as to be used hand-held without any hand-shake. Sometimes the photographer requires a specified aperture too so as to get a desired depth of field. This is another place where Manual Mode is useful.

Similarly, in various scientific tests (including camera/lens tests), set shutter speed and exposure may be required. 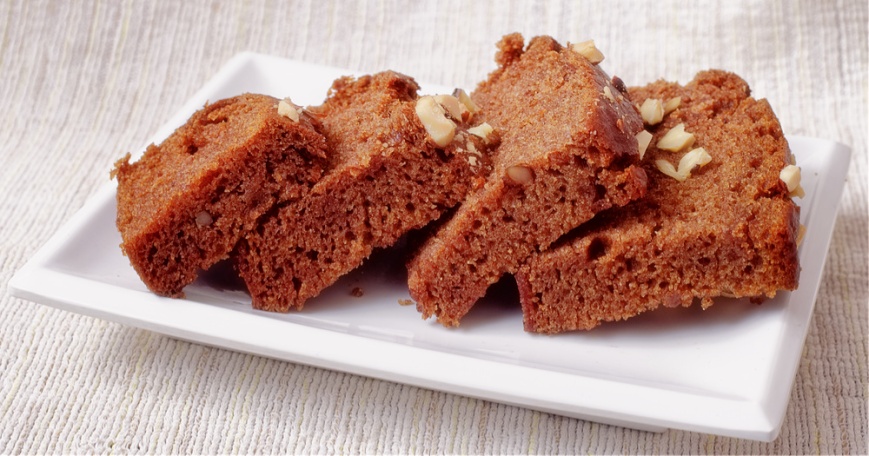 (This photograph of the cake slices was captured on manual mode with a pair of speedlights. More about it here – Food Photography)

The manual focusing – now that is something entirely different. The bliss of turning the well-dampened focusing ring, when the image snaps into focus, is something that is pure bliss to me. (My favorite things!)

One thought on “Obsession with Manual Mode”