(Starry Sky – Photographed using a 25mm lens. The photographs in this article have been processed to appear realistic. They look better on large screen displays than on mobile phones.) 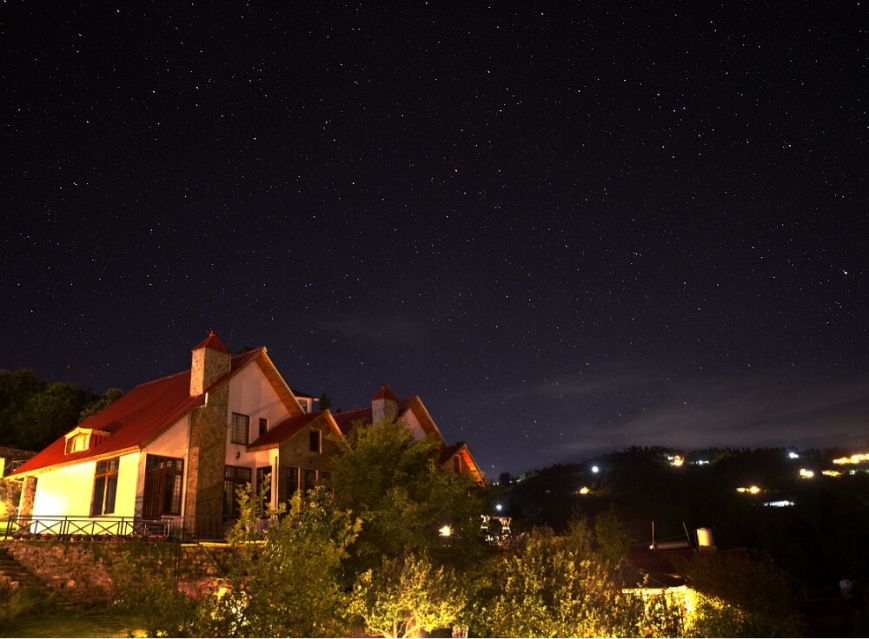 With an increase in camera resolution, this rule needs tweaking and the exposure time needs to be further reduced so as to prevent star trails. I use an old camera so this rule works for me. For newer cameras 500 seems to work rather than 600. 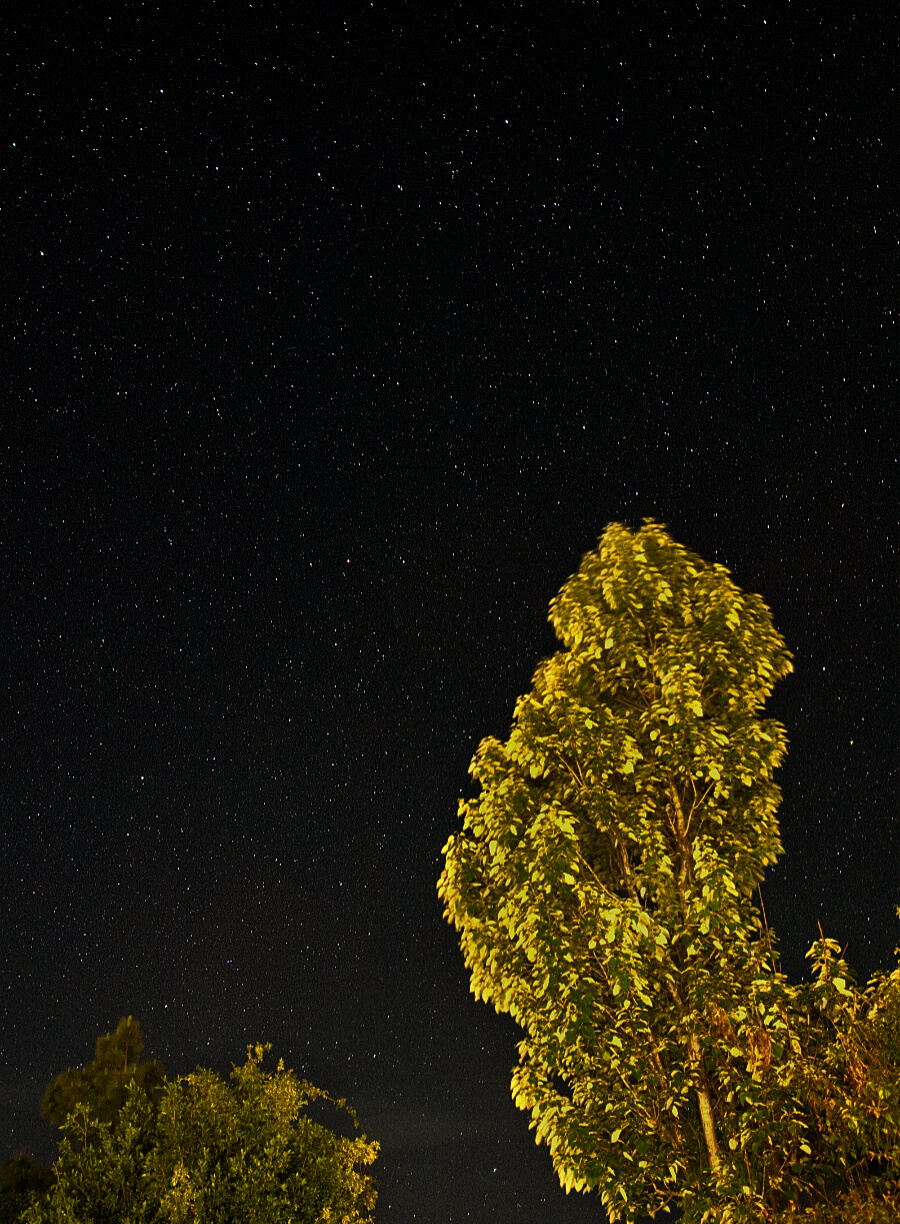 Photographing milky way is also similar but requires some tweaking in post-processing. For the milky way or nebula to appear clear, the exposure may have to be first increased in exposure compensation and then contrast raised to bring the dark shade back into the sky. For the foreground, creating composite image or combining two images is a good option.

The photographs have been processed to keep the things looking realistic. The small stars might not be visible if you are reading this article on a mobile phone! Sorry about that. Maybe I’ll write another article some day on how to click and process star photographs meant to be shared on social media and to be viewed on small screens.