KISS… Keep It Simple, Stupid!
A girl-friend had once told this to me. Quite a famous line and I don’t even know where it originated initially. Little did I know that after so many years, this will become the opening line of this article.

Keeping the compositions simple is one of the easiest ways to make them powerful. A strong composition which is easy to understand and conveys the point across in a straight forward manner, is the best gift that you can give to your viewer. This is minimalism in photography.

(Rocks and swirls. Apart from the swirling water around the black rock, the diamond like shine of the pebbles under the clear water adds further impact to this composition)

The world looks more beautiful when we look at it in this manner. Try imagining a landscape with forests, a waterbody, looming mountains and sky with beautiful clouds. Cramping everything in a single frame will reduce the impact of each of the elements. The result will create a beautiful picture postcard to send home but nothing more. The same scene with a series of photographs that cover each of these elements will look better than the all-inclusive photograph.

The photographs have to tell a story. Think of it in another context. Even when we are present in front of a beautiful scene, our eyes go from one thing to another and wander around, amazed by the beauty. This is the same that our photographs should achieve. The viewer’s eyes should see everything in the way we had seen them. Ansel Adams has rightly said – “There are always two people in every picture: the photographer and the viewer.” We, as photographers, have a task to show the viewers what we want them to see. 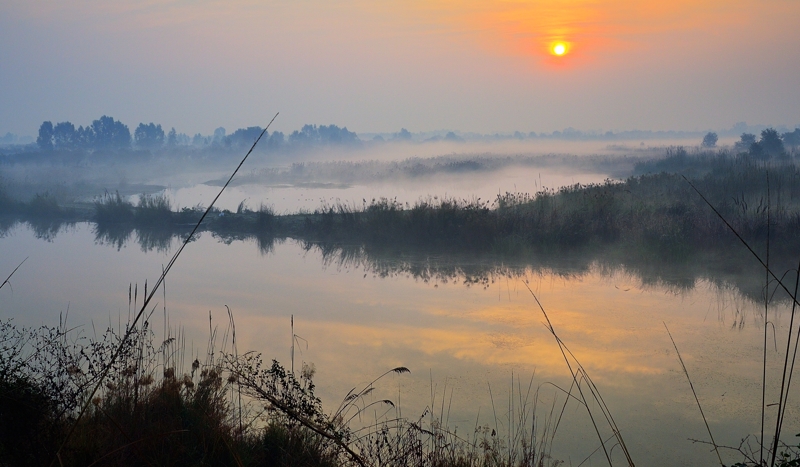 (The photograph above is from a marsh when the fog was lifting up. The photograph looks good enlarged and framed but it lacks the impact here on the webpage.
What had attracted me to the scene? The fog! reflections! distant grass!… this all is lost in the composition above when showcased in a small frame. The photograph below was captured on the same site and on the same day. It conveys more of my feelings when I saw the scene.)

(Captured with a 135mm lens, so as to bring out a composition with the fog and wild grass barely visible through that. A composition that I found quite poetic to look at.)

That earlier statement by Ansel Adams also reminds me something more that has been said about powerful photographs. Anything that does not contribute to the overall image is actually taking something away from it. Each and every element in the frame makes up the photograph. Minimalism is the key here. Keep your ideas simple. Let the photograph convey the story through simple elements. Remove everything from the photograph that is not contributing to the image. Go close, blur, crop, change your angle or simply shoo away the cat in the corner, do whatever it takes to get your photograph to include only the vital elements that actually create the whole image. Though I may sound repetitive, but I am still saying it again. Keep your compositions simple and straight forward. 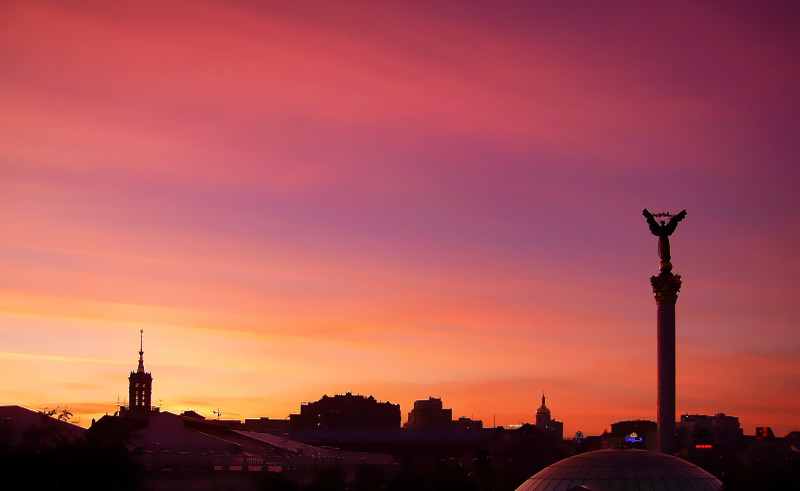 (Sunset at Kyiv – This has been photographed with a very inexpensive compact camera and edited in Affinity Photo. My purpose – to show the bright sky!)

Someone has rightly said, “When people ask me what equipment I use – I tell them my eyes.” This is true minimalism. This is the art of visualization at its best.

Sometimes when I am faced with a ‘Photographer’s Block‘, I leave the camera. I go around observing photographs in the world around me. My eye becomes a camera, my mind frames the image and I feel bliss. This is minimalism! Why do I then need a camera? I need it to show to others what I saw.

The purpose of photography is to create photographs. Equipment is just to achieve that. Lately I have noticed people getting obsessed with cameras and lenses, instead of actually enjoying photography. My word of advice – practice minimalism. Learn to enjoy what you already have. Take your camera out and create photographs.

2 thoughts on “Minimalism in Photography”