Photography was initially popularized by its use in portrait photography. Initially Daguerreotypes made their presence known as inexpensive alternatives to miniature portrait paintings and then over the following century, photography reached every nook and corner. Even today, most consumers buy cameras to capture beautiful photographs of their near and dear ones.

To get the most pleasing portraits in natural light, here are some of the basic things to keep in mind –

(Photographed with a 50mm lens on a APS-C sensor camera, from some distance so as to get the complete posture and a part of the huge SUV in the photograph. For anything requiring a closer image, I would have preferred a higher focal length rather than going close.)

There was a trend some years back that was started by a few famous travel magazines, where wide-angle lenses were used to capture portraits. The photographs were from exotic locations with gay expressions on the faces, a distorted view of the surroundings due to extreme wide angle and boosted up colors. Such photographs did wonders for the travelogues in those magazines but as portraits those were terrible. Avoid getting influenced by those photographs. Once in a while such portraits are fine but do not choose wide-angles for regular portraits. Wide-angle lenses forces the photographer to be closer to the subject. The relative distances of the facial features from the camera start to matter. In such photographs, the face turns roundish with large nose and small head. The distortion caused depends on the distance from the subject and so indirectly depends on the focal lengths.

What is actually surprising is that even many accomplished photographers think that this is due to the barrel distortion that is quite frequently seen in extreme wide-angles or also at the wide end of an inexpensive zoom lens. The rounding effect of face with wide-angle lenses is completely a matter or perspective and only thing that can help is the distance from the subject (and therefore focal length).

(Man in Prayer – Portraits don’t have to be in black and white or just head shots! 135mm lens at f/4.5 and 1/640 sec at ISO 100, aperture priority mode with spot meter reading from the face. For those of you wondering, he knew that he was being photographed and thought it better to present this aspect of himself.)

Make use of the negative space, especially in front of the face or the look of the eyes. (Negative Space). Placing the subject off center is what everyone keeps saying, however it makes sense to actually provide some kind of breathing space for the person in the photograph. Portraits, where the subject is facing the camera and also looking into the camera, look good when the photograph looks symmetrical. This is where placing the person in the dead center works fine.

Spot meter the face if you are using a camera that has this metering option. (Metering Modes). It ignores the rest of the scene and recommends an exposure reading based on the skin itself. Further tweaking can be done by checking out the histogram on the preview.

Focus on the eyes. This is the first feature on the face that catches anyone’s attention. Take extra pains if you have to for getting the eyes in sharp focus. Mild blurring or nose and ears is fine in most portraits if the eyes are well focused. If the eyes are on a turned face, then usually it is better to focus on the eye that is nearer to the camera. The only exception being when the other eye is more prominent, like in the photograph below.

(Portraits are about bringing out the personality and not just simple head-shots. The happiness that the old person is trying to hide by his hand is still conveyed by his eyes. More about this portrait – Temple with Million Bells)

Flash use in portrait photography has a very different use. When combining ambient light with flash, the first thing to understand is that it adds that twinkle in the eyes making them come alive. Using the flash as a fill flash can reduce ugly shadows under the eyes or nose which happen on a sunny day. (Flash Modes)

The flash itself needs to be balanced in relation to the ambient light. It depends on once taste and visualization.

With TTL flashes (the ones built in the camera or modern day flash units), the flash power can be easily controlled by using the flash compensation setting.

Another interesting aspect is how the face is actually lit up by these light sources. When the light falls on the face in a way that most of the face, that faces the camera, is lit up, the face looks chubbier! Professional photographers tend to call it ‘Broad Light’. Opposite of this is the method when a part of the face is lit up. Most of the light falls on the side of the face away from the camera. This is a highly angular light and brings out the texture of the face (wrinkles, freckles, softness etc) and also tends to make the face look thinner (Short Light). The change is brought about by changing the direction of the face rather than shifting the light.

Flash can be used to creatively light up specific parts of the portrait too. One of the most common techniques is using a flash from high up and behind the subject to highlight the hair. This has been named Rembrandt Technique, aptly after the famous painter (Learning from Rembrandt).

(Villager with shades, looking at sun – Captured on a full frame camera body with a 135mm lens. He was standing on a new road with greyish-white footpath. The surface of the footpath acted as a reflector under the harsh sun and smoothened the dark shadow that would have formed on the neck in other similar situations.
The old man is a farmer by occupation and in this photograph his concern for the lack of rains and absence of clouds gets captured. Farmer’s Despair – Improving Composition)

Reflectors also work fine. Reflector is anything that reflects light back on to the subject. Walls, clothes and even paper sheets can work as reflectors. Use a white sheet of paper to reflect some extra light on to the face. I find that in ambient light, reflectors provide better results than fill-flash. See the above photograph showcasing the use of a naturally existing reflector.

Ambient light – There are various aspects to light. Learn to see light. (Learning to see light). For portraits, soft light is the best generally. Try experimenting with light direction too. Light falling from behind and above the subject highlights the hairs (Rembrandt style of lighting, the name being taken from the painter. He used to use this method in his paintings to show highlights in the hair). Light falling on one side of the face can add character to the face whereas soft overall lighting can show the facial features clearly.

Pick up any glossy magazine and see the portraits in various advertisements. See how the face is lit up. Examine the eyes closely to get an idea of light sources too.

(Contented in his world, the child’s personality shines through this photograph. More about this portrait – Village Trip with Operation Eyesight Universal)

What Portrait Photography is NOT –

This is my recent addition to this article. Here are a couple of things which I don’t consider an artist’s way of doing portraiture – 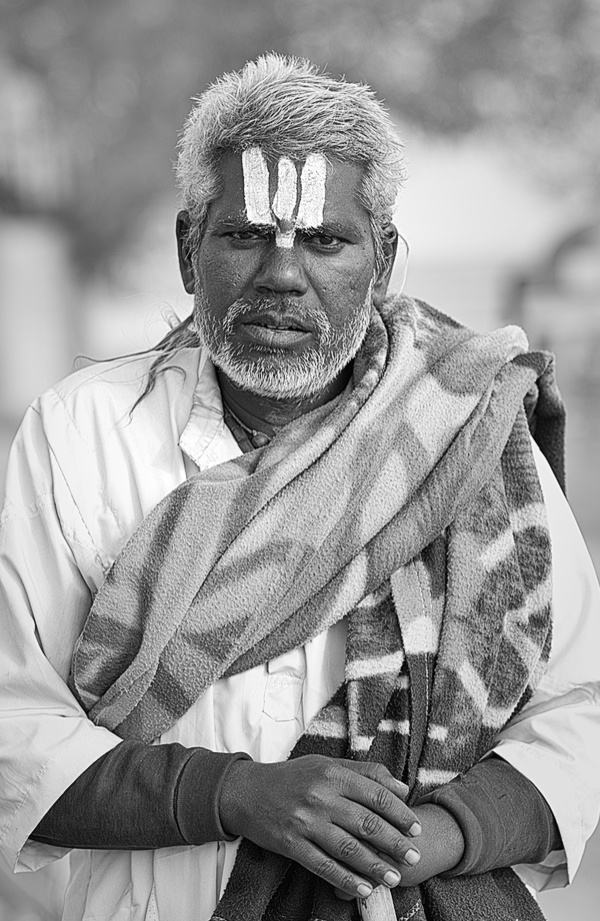 Some practical tips for getting your portraits to speak out – 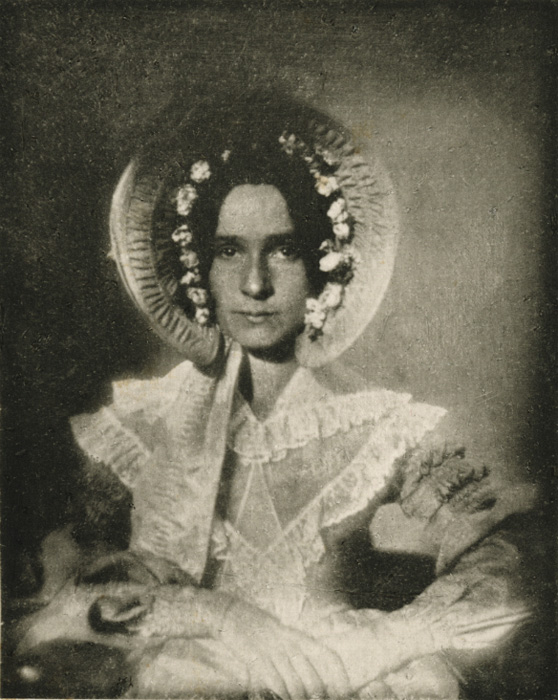 (Since I mentioned Daguerreotypes initially, I thought it best to end the article with another bit of history. This is the photograph of Dorothy Catherine Draper (earliest surviving photograph of a woman). It is also oldest and most well-defined and visible human portrait picture. Captured in sometime around 1839)

Nanda Kot peak in the early morning light. Photographed from @hillcottages
Spotted her on the streets. She was trying her best not to laugh, though after I put my camera away, we both had a hearty laugh.... She was amused by an ‘Indian’ photographing happy Indians for a change (and not the usual slums) and I was interested in her expressions trying to control a laugh.
An old lady whose sight had recently been restored. She could now see the world through her new glasses. Thanks to @opeyesight
Spotted this abandoned house in a village. Somehow it looked so interesting that I had to photograph it.