I have moved to digital cameras almost entirely now. It is comfortable and I feel that I have better control over my photographs. There still are times when I remember my film cameras and miss those wonderful time. Many of the photographers who have started with digital ask me about what it was that film still tends to touch my emotional chords. 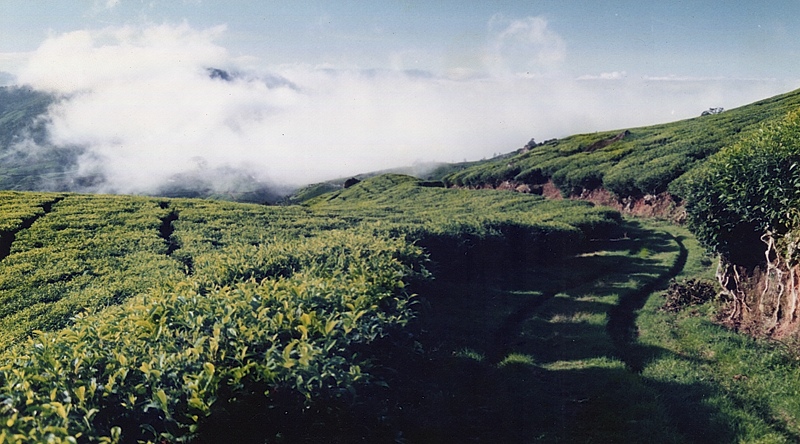 The loading of film rolls in manual cameras which I had learnt from a dummy film roll and learning to use the very first frame after loading the film. This was an achievement in itself.

Rewinding the film back into the cartridge, in the mid roll, but leaving a small tag hanging out. This was done to change the film when many frames were still remaining. Feeling the tension release while rewinding the film and hearing the sound when the film was released from the take-up spool… these were the tools available to get the film rewinded properly. Again a small skill but it provided a feeling of accomplishment. This was what was required if we wanted to change the ISO (which required changing the film itself) or the way things were captured (from colorful Fuji Velvia to characterful black and white of Tri-X).

Each frame was a new ‘sensor’. No problems with dust showing up on every frame. The film cameras that I had were actually used in really tough situations as well, where I’ll feel really uncomfortable using a digital camera. Once I had my camera and film rolls swimming in a pool of water inside my battered camera bag. I can’t even think of such a scenario with present day digital cameras.

The variety of film rolls. Each of them had its own signature. Some were saturated and contrasty whereas others had wonderful skin tones. The curves and filters that try to emulate that signature in the photo-editing programs are still far away from that magic.

The film grains itself had a magical quality to it that the electronic sensor noise lacks.
The Black & White film captured images as Black & White. There was no confusion. Now a days barring a few expensive dedicated cameras, all the Black & Whites are captured as colored and later converted to monochrome.

There was no need for color management. The photo-paper captured what the enlarger projected on to it and the enlarger showed what the camera had captured. There was no confusion with color profiles. The white balance meant using the correct color temprature balanced film. Yes, we had films meant to be used in bright daylight and a separate breed of films for use under yellow lamps and a few other similar ones. 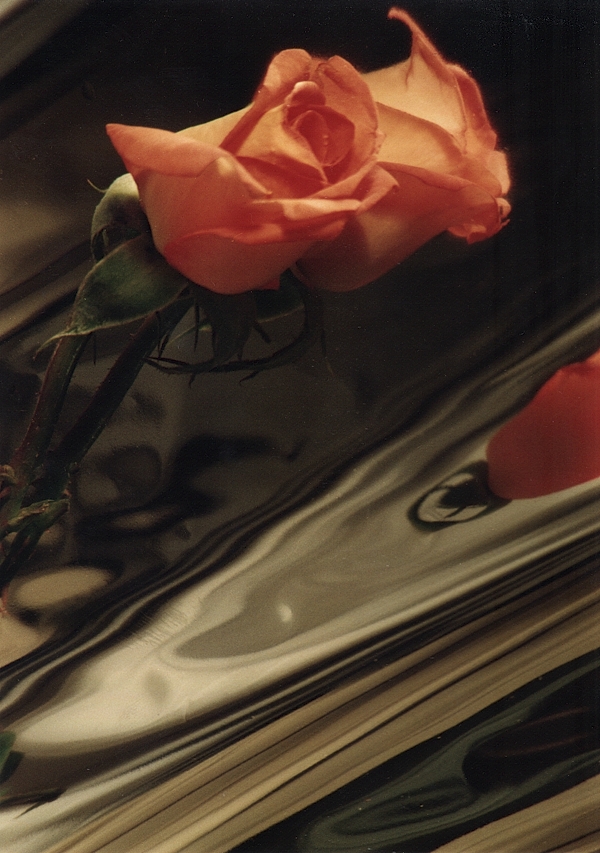 (Rose on a reflective foil, Nikon FM2 with Nikkor 50mm f/1.8 lens with a soft focus filter,
Fuji Velvia film. The photograph was made using reflections on the foil and no ‘photo-editing’)

The cameras were built like tanks. The bare metal had a very reassuring feeling. Even the dials were simple and self-explanatory. No complicated menus to set things up. Their were some with mechanical shutters that did not even require battery for firing the shutter.

Weather resistance? What a joke! I remember a trip on my motorbike to a hilly region with my girlfriend. I was carrying my camera in an inexpensive camera bag. On the way it started to rain cats and dogs and with no shelter in sight I rode all the way to the destination. The camera bag was filled with a couple of centimeters of water. I had to tilt it to one side to drain the water. To cut the story short, the camera still works perfectly! No damage done. The lens took a month to be completely dry and even that works and without a trace of lens fungus.

The f-stops were actually at a difference of 1EV stops. Every photographer knew that the next higher shutter speed after 1/60 was 1/125 sec. The next smaller aperture after f/8 was f/11. Today’s photographers are so lost in the complicated programs that no one seems to remember the shutter-speed and aperture values. 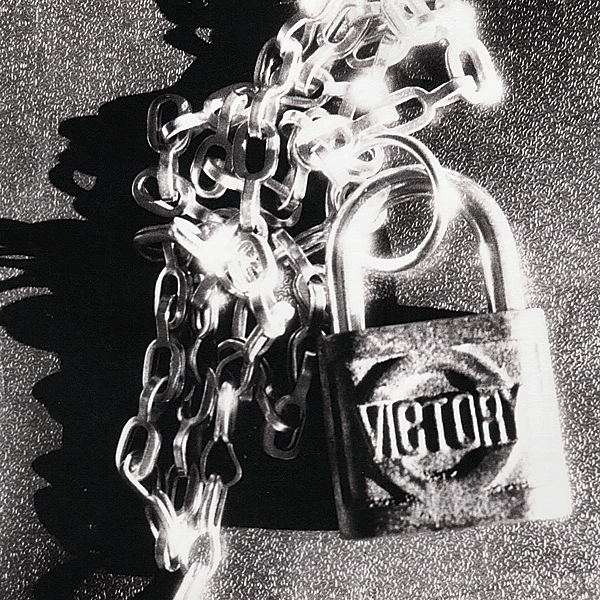 Not everyone had a camera. This reduced the nuisance in many places and photographers like me were able to click photographs without annoying anyone. No one was concious and nobody objected to the photographs. After all none of the social networking sites existed then where these could be misused. Come to think of it, internet itself did not exist then. Wow… Am I really that old?

No YouTube, no Wikipedia, and not even websites like these. Information was either available through books, which were a treasure to keep or through photographers who had already mastered their skills. Mentors taught photography in a manner which created a bond between the learner and photography itself.

Taking the camera out and learning on the field was expensive. Every mistake cost money and so the concepts were mastered in depth.

The film rolls that had high number of exposures available were not in thousands, not even in hundreds. The most common 35mm film rolls had either 36 exposures or 24 exposures. Some of use could get a couple of extra frames by careful loading of the film.

Limited number of frames translated to few in number photographs which were generally high quality. Each and every shot was well framed, well timed and well exposed.

When the photographs appeared on the paper, it was like magic. I do not have words that explain this feeling. It truly was a feeling of satisfaction which the digital prints do not impart. 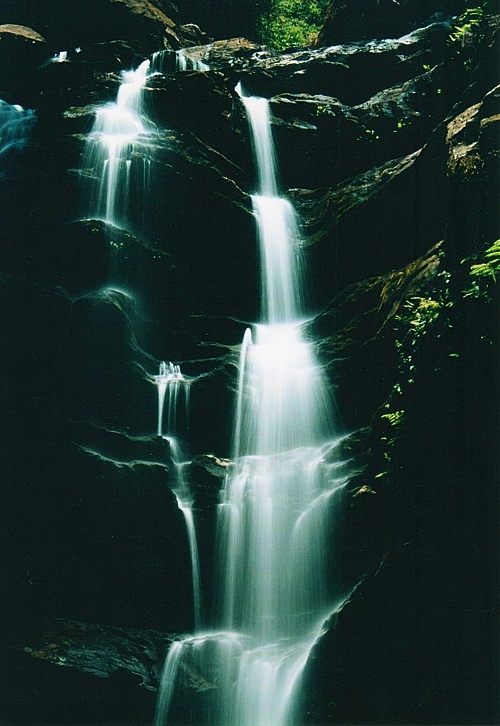 Why bother about megapixels or frame sizes? Use a 35mm camera for ease of travel. Use a medium format for a compromise between ease of movement and bigger frame size. Large formats for the largest film sizes but at the expense of ease of movement… this was the standard understanding. 50mm focal length was 50mm! Medium format users saw it as moderately wide and 35mm film users saw it as a normal lens. No confusions there and no multiplier factors. How does it matter what a 50mm lens’s angle of view will be on a APS-C sensor body? It is very unlikely that the user of a APS-C camera body would use any other sensor size. In fact for most youngsters this maybe their first camera. Megapixels and multiplier factors are all everyone seems to be talking now a days.

Just for clarity’s sake. A 50mm lens remains a 50mm lens regardless of the camera it is used on. Only the angle of view or the area covered changes with the change in sensor size. This was an easy concept for everyone to understand in the film era. 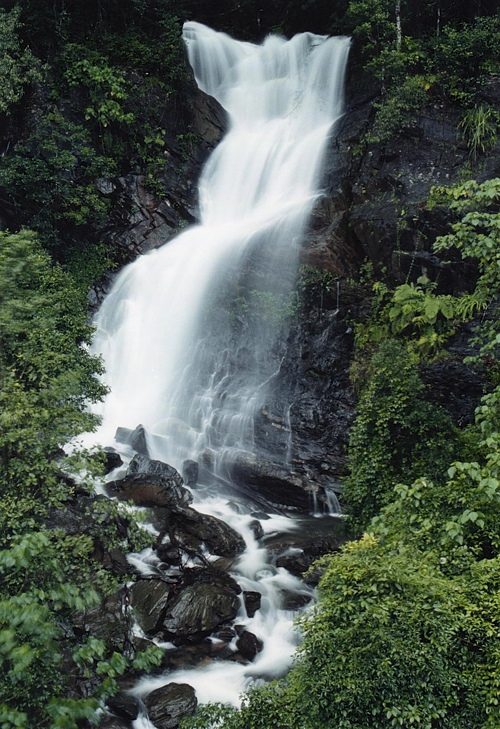 A simple ‘cord within a cord’ was a remote shutter release. A red filter for Black & White photography meant an actual red colored piece of glass and not some setting in photo-editing program.

FPS was dependent on how fast a person could wind the film advance lever. (Do watch ‘Blow-Up’. It is an old film based around a fashion photographer. See his FPS when he clicks photographs). The power-winders came much later.

Guide Numbers determined the calculation of flash power and the accuracy in fill flashes was unbeatable. It takes years for photographers to get that kind of accuracy with TTL metered flashes when used for fill.

The pictures in this articles are my old works and have been scanned on a consumer grade document scanner. In reality these prints have a magic which the digital images on computer screen lack.

A cascading mountain stream. These streams always attract me. I was there with some guests from @hillcottages . We had a great time and did some wonderful photography. Shot on Nikon Df with Zeiss 25mm lens, post processed on Affinity Photo.
Dress being prepared for a wedding. This is how ladies in villages work for many many days to prepare those lovely Indian wedding dresses.
The smiling farmer.
Rusted metal from a shipyard. I have a weakness for rusted metal, especially when it glows like this in warm light.