Exposure is the amount of light per unit area reaching the film or sensor. A well exposed film has all the tonal values it can capture. A well exposed digital image has a histogram spread across all the values. Exposure is what determines how the image is captured. This is a concise article on understanding exposure and the factors that determine it.

“Light makes photography. Embrace light. Admire it. Love it. But above all, know light. Know it for all you are worth, and you will know the key to photography.” – George Eastman 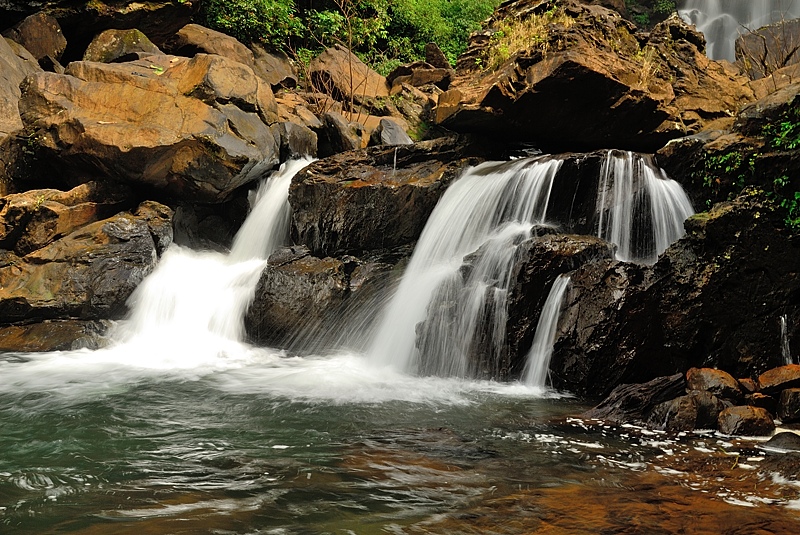 There are four key factors that determine the exposure. These are shutter speed, aperture (f-stop), available light and the sensitivity of the film or sensor (ISO). An understanding of these is the first step towards learning to use the camera properly.

The amount of time light is allowed to enter in. This is controlled by a opening and closing an opening using shutter curtains, blades, leaves or simply electronically (Shutter – How it works).

Initially there was no standardization in shutter speeds provided on a camera but now the shutter speeds provided are all standardized. Regardless of the camera company, the steps in which the shutter speed can be increased or decreased remain the same. These steps are called stops. For every stop the light being allowed to enter is either doubled or halved. 1/500 sec allows half the amount of light than 1/250 sec. 1/500 second is also double the times faster than the shutter speed of 1/250. 1/125 second allows twice the amount of light than 1/250 seconds if all the other parameters are kept unchanged. All the earlier cameras had the shutter-speeds adjustable in complete stops. Now in newer cameras, manufacturers give multiple small steps between the stops. This helps in fine tuning the shutter speed.

The opening through which the light enters. This is again written as a fraction. Focal length is the numerator and the diameter of the opening is the denominator. The same convention as is seen in the shutter speed applies here. The aperture values move up or down in complete stops and so the name f-stop. With every stop of change, the amount of light is either halved or doubled. f/11 allows half the amount of light than f/8. The f-stops are written as just the denominator so the values seen are – 5.6, 8, 11, 16 etc. The higher the number, the smaller is the aperture to let the light in.

With small apertures, the amount of light reaching in is reduced. Apart from this, as the aperture size decreases, things start becoming clearer which are in front of and behind the subject being focused. This is called wide depth of field.

With large or open apertures, the amount of light going in is also large. However the things that are in focus are limited to the plane focused by the lens. This creates shallow depth of field and those dreamy bokeh from the out-of-focus regions.

It can be ambient or present for the time when photograph is captured (strobe). When the light is low, shutter-speed may have to be set slow so as to open the shutter for a long duration. Similarly in low light conditions, the aperture may have to be opened so that large amount of light can pass through. Photographers play around with both these settings to get the desired result. The light also has a color to it. Daylight is considered neutral and all the other lights are similar to daylight, warmer than daylight (yellowish) or cooler than daylight (more blue value). (Balancing Act (in Color))

Sensitivity of the film or sensor (ISO)

How quickly or slowly the image is captured by the film or sensor is its sensitivity. This is denoted by ISO (same as the earlier ASA for films). Higher the ISO, higher is the sensitivity. With high ISOs, the amount of light required to capture an image is lower. For sake of ease, the ISO also moves in complete stops as 100, 200, 400 etc. With each stop the sensitivity of the film or sensor is halved or doubled. Due to chemical limitations in film and electronic limitations in sensors, usually the lowest available ISO generally gives the best results when used in good light. As the ISO is increased, the film grains or the sensor noise starts becoming prominent.

As with other parameters, the films are also available in various other ISOs which are smaller steps in the range shown above. Similarly in digital cameras, there are further steps between the main stops of ISO.

The films also favor a spectrum of light to which they are sensitive. A daylight balanced film captures all the colors in balanced way so as to make the scene lit by sunlight look natural. A tungsten balanced film is more sensitive to blue and less to yellow. This makes the indoor scenes lit by bulbs appear natural rather than yellowish. In the digital cameras, the software applies a color correction based on the selection or calculation of the light. This color balance does not impact the ISO settings but it needs a mention here since with films, this is another setting that is to be considered along with ISO while purchasing.

There is a reason to why photographers talk of stops when the shutter-speed, aperture or ISO are changed. They all correlate to each other. This concept of halving or doubling of light gave an interesting solution. The same amount of light can be captured in a variety of combinations.

Exposure value (EV) is a number that represents a combination of a camera’s shutter speed and f-top (aperture), such that all combinations that yield the same exposure have the same EV, if the light conditions remain the same. Exposure values also move across in complete ‘stops’. For the above example, both the combinations have an EV of 14. (The EV numbers have been provided after many changes and standardization and now are similar across all cameras, books and various other sources of information.)

(Table to give an idea about various shutter-speed and aperture combinations available for an Exposure Value.)

For ease of use, the exposure compensation available also works on the principles of Exposure Values. A -1 EV will shift the exposure values to let in half the amount of light. Similarly a +1 EV compensation will allow twice the amount of light to reach the sensor or the film. Even filters convey their darkness by using these numbers (but are sometimes called filter-factors).

One thought on “Basics of Exposure”