One of the first flashes that I owned was a Vivitar 283 flash. It was a manual flash with an ‘Auto-thyristor’. I could set the flash intensity manually or automatically based on aperture and subject distance. I learnt about guide-numbers, filter factors and a lot of interesting stuff while using it. I do miss the good old days.

Now I have speedlights that have complicated menus and functions which I set and forget. Some of them I don’t even use. My favorite speedlight now is Nikon SB600 for reasons of my own. I also have some camera bodies which have built in flash. (I use the words ‘flash’ or ‘speedlight’ to indicate the strobes found in the camera as well as sold separately). In this article I will try to give a basic explanation of various flash modes available on the camera (directly or through the menu) as well as some of the modes or features available on speedlights. I am leaving out the usage guidelines of manual modes since most manual flashes from yesteryear can cause harm to the present-day electronics. 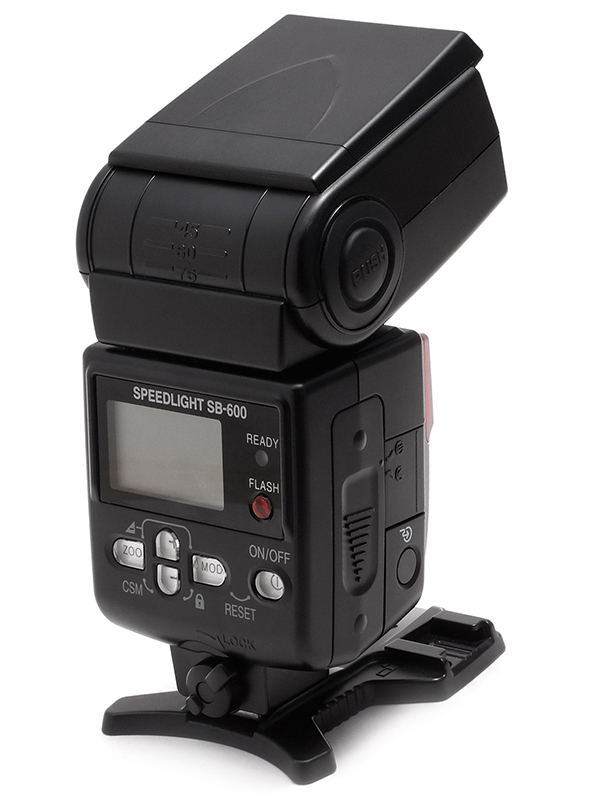 (Nikon Speedlight SB 600. After Vivitar 283, this has now become my favorite though I still miss the simplicity of manual flash)

Auto
Fires the flash automatically if the camera thinks the ambient light is insufficient or the subject is backlit. This is usually available in the AUTO or some of the SCENE modes. (More about camera modes – Camera modes (PSAM and more))

Fill
Fires the flash regardless of the ambient light. The amount of light the flash delivers is determined by the camera and also the lens information if the lens is capable of providing it (CPU lenses like the Nikkor G and D lenses). The flash fires as soon as the front shutter curtain opens (front curtain sync). More about it later in this article.

The fill flash is useful while shooting in bright sunlight which causes unsightly shadows on the face, sometimes exaggerating the facial features. Fill flash can also add the catch lights or spark to the eyes. Ideally the fill flash should not be noticeable and some amount of shadows are preferred. In manual flash days, the flash and camera settings were made in a manner that the flash power was about 3 stops lower than the camera settings. Now a days cameras calculate this on their own in the Fill mode.

Using the fill flash with low shutter speed and a moving subject, in good amount of light can cause blurred outlines superimposed on the properly exposed subject. Avoid fill-flash with very slow shutter speeds. 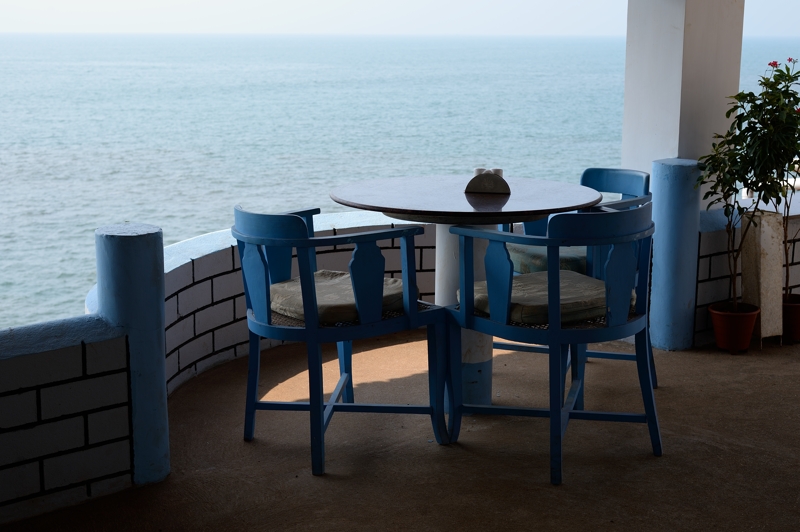 (The image above was captured without using any flash. The foreground turned out very dark. Exposing for the foreground would have washed out the details in the sea in background. The image below was exposed with a flash which, bounced off the  ceiling)

Off
Do I have to explain this mode? It just disables the flash. In cases of in-built camera flash, closing the flash back to the body (pressing it down) switches the flash off in some of the camera modes (In some other modes such as Auto the flash will automatically pop-up, if required).

Red-Eye Reduction
What causes red eyes? Light enters the eyes and gets reflected back from the eye. This reflection takes the color of the reflective surface (retina) and therefore looks red. This red-glow is what causes the feared red eye.

Some interesting facts about red eye –

Now imagine a late night birthday bash with dim ambient lights, lots of alcohol and small compact cameras where flashes are placed close to the lens….. an excellent mix for getting red eyes.

What Red-Eye reduction does is to attempt to constrict the pupil. AF-assist lamp or sometimes the main flash itself, fires briefly before the flash goes off. This helps reduce red-eye reflections but at the cost of comfort of your subjects. The multiple flashes also delay the actual shutter release time by about a second.

Do not use this flash mode. Instead, ask the subjects to look at a bright source of light. Use an external flash so that the light source and the lens are not close to each other. Click the photographs before the effects of alcohol have started. Increase the ambient light where possible. Bouncing the flash off the walls of ceiling gives me pleasing results with no chances of red eyes.

Slow-Sync
This is a type of fill-flash mode. It results in slower shutter speeds so that the background is illuminated by ambient light and the foreground is lit by the flash. This is what happens in the ‘Night Portrait Mode’ explained on – Camera modes (PSAM and more)

Most cameras have a low shutter speed limit set in some of the modes while using flash. By default this is set at 1/60 in Nikon cameras but can be changed from the menu. This is to prevent ghosting that may happen with slow shutter speeds in enough ambient light to capture the subject. When Slow-Sync is selected the shutter speed can be reduced as desired.

Rear-Curtain Sync
This is a type of Slow-Sync. After pressing the Shutter-release button, the front curtain (leading curtain) opens, ambient light starts hitting the sensor, and the sensor starts capturing the subject. Just as the shutter’s rear curtain (lagging curtain) is about to close, the flash fires. (More about shutter mechanism – Shutter – How it works)

TTL flash fires twice, once for metering (also called preflash) and second time when the shutter opens. These are fired so close to each other that these are perceived as a single flash fire, but in Rear-Curtain Sync mode, the flash is delayed to the end of a shutter open duration. Users will clearly separate them as two different flashes, which is normal for TTL.

Difference between a Front Curtain Sync (also available in Auto modes) and a Rear Curtain Sync is in the timing of firing of the flash. In Slow-Sync the flash firing timing is not provided and so the flash can fire as per the camera manufacturer’s design.

The timing of the flash while the shutter is open provides different results. Take the example of a moving car in night time, with its lights on. In the Front-Curtain Sync, the flash will fire as soon as the shutter opens making a sharp image of the vehicle. This will be followed by the impression of the moving lights on the sensor and then the shutter will close. Result will be a sharp vehicle with trails of light in ‘front of the vehicle’. The car may look like going backwards. This looks pretty weird when compared to the light streaks behind the vehicle (use of Rear-Curtain Sync). I keep my flash mode set at Rear Curtain Sync. The results look more natural.

Commander Mode
Some of the Nikon camera bodies can use the built-in flash in commander mode. The flash acts as a trigger to fire the flashes set up in slave mode. The built-in flash does not light up the subject. (More about this mode – Nikon CLS and SU-800)

Auto FP flash (HSS)
Flash acts as a continuous light source during the entire duration of shutter curtain movement. The highest shutter speed that can be used with flash is not limited to the flash sync speed (more about flash sync speed – Shutter – How it works). In this mode, the freezing of any motion occurs as per the shutter speed used and is not dependent on the flash duration. Some of the Nikon speedlights and third party speedlights support this.

Photographers commonly freeze motion by making use of the flash duration. The present day speedlights have a flash duration in the range of 1/15000 of a second or sometimes even less. The photographs which have a instant frozen in time, like a fired bullet or a falling water droplet, are made by freezing the motion using flash. However while using Auto FP mode, flash can not be used for this purpose.Another disadvantage with this mode is the high battery consumption.

Manual Mode
The amount of light the flash gives out is set manually. It can be full power or a fraction of that. Manual mode is useful when the power required has been already calculated either by using a flash-meter or by the good old system of guide-numbers. If you are doing none of these, it is better to stick to the modes described earlier.

Armed with the basic descriptions of the various flash modes, I am sure you’ll be able to make the most of whatever flash you have.