This article is in continuation with Composition Rules – Part I and covers some more rules of compositions.

Humans in general love company. It is once again the evolutionary aspect in play. Since ages, people have lived in groups, hunted in groups and even fought wars in groups. Our subconscious finds comfort when other humans are around. It is therefore natural that presence of humans adds an interesting element to most photographs. Though not all genres of photography blend well with human element. Sometimes they can also be a distraction. Very careful use of human element can add drama to otherwise mundane photographs. 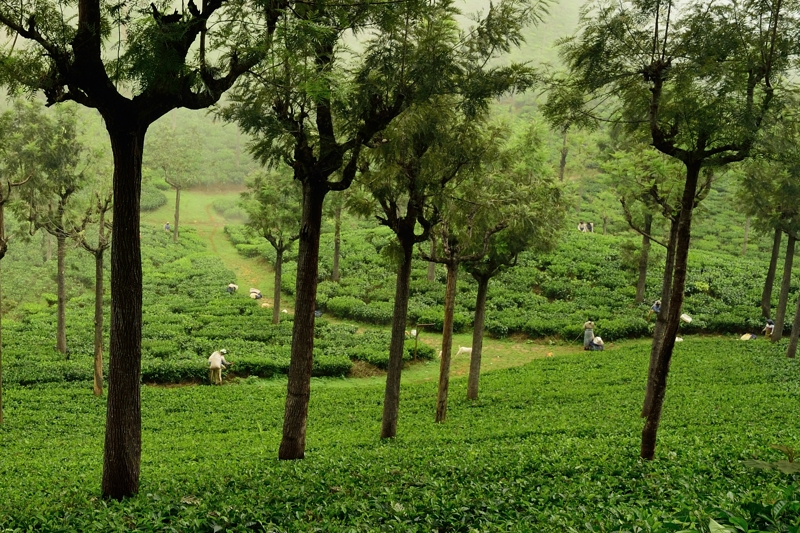 (Tea plantation with workers picking tea leaves at a distance) 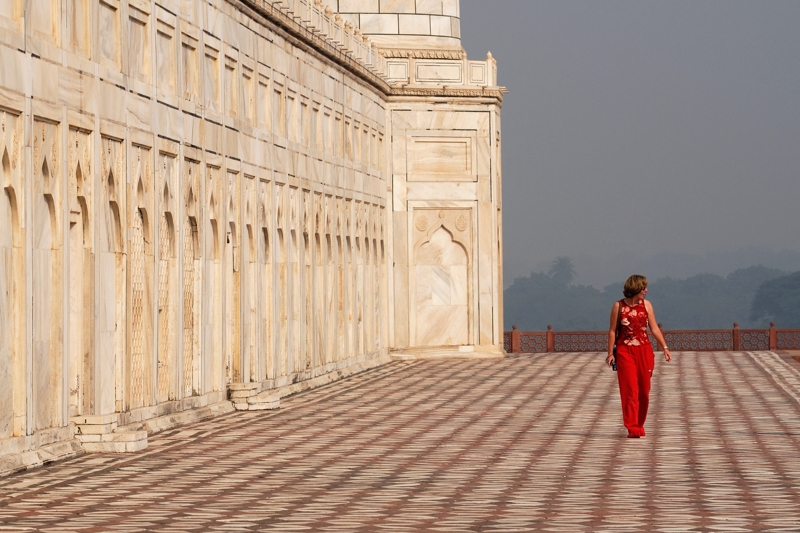 A photograph is a moment captured in time. It can sometimes tell great stories. Some of the best pictures in the world had a story in them.  Street photographers specially use this skill and combined with the Human Element, they tell stories which would otherwise have gone unnoticed. 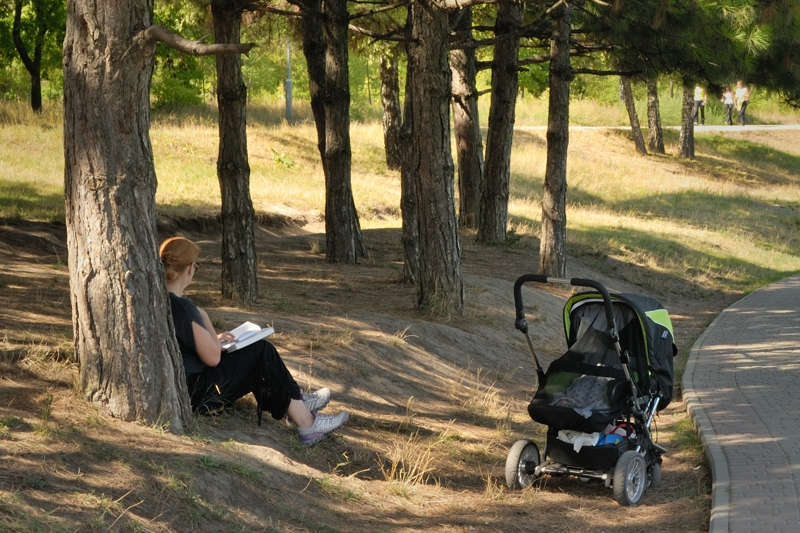 (Picture of a mother reading a book while her baby rests in the stroller. The lady is the primary element or the main focal point of interest, the book and the stroller complete the story.)

Anything that does not contribute to an image, takes something away from it. I have already quoted this many times earlier and here I am quoting it again. Even in the photograph on top, the three people on the top right are reducing the impact. As an after thought, I could have gone a little closer and to my right and taken the photograph. That would have brought the stroller closer to the mother and taken those three on the top, out of the frame.

People tend to get friendlier as one gets closer and distracting elements are removed. There is an immediate association that forms between the viewer and the photograph. The aim here is to photograph the subject and not everything along with the subject. Art of keeping things simple works well with photography. This also can be interpreted at filling the frame with the subject and also maintaining a balance with open / negative spaces (Negative Space).

Robert Capa, the photojournalist best known for his war photographs has put the crux of this in simple words – “If your pictures aren’t good enough, you aren’t close enough.” 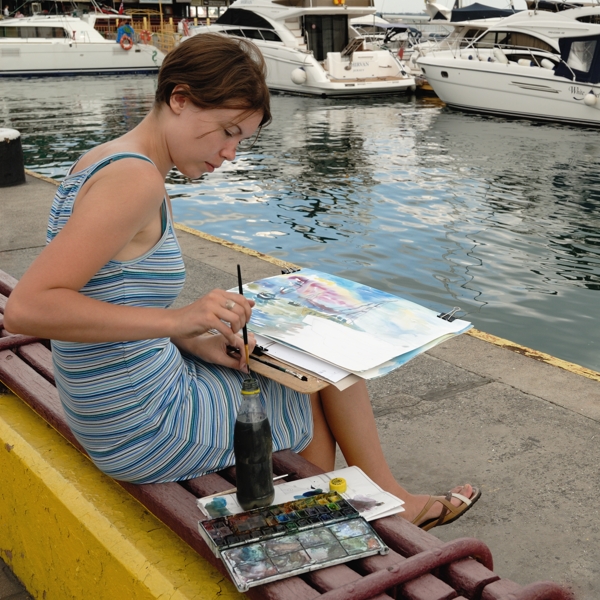 (The girl was painting a watercolor. After a brief conversation, she permitted me to take some photographs of her while she worked. Her concentration in her artwork, is reflected in this photograph which would have been lost, had I clicked this photograph from a distance)

Adding depth to photograph is yet another Cliché that works most of the time. Some simple ways to add depth include using a wideangle lens and going close to the subject, having known subjects in foreground and background, clear demarcation of foreground and background, shallow depth of field, converging lines and sometimes even vignetting that happens with wideangle lenses at open apertures. 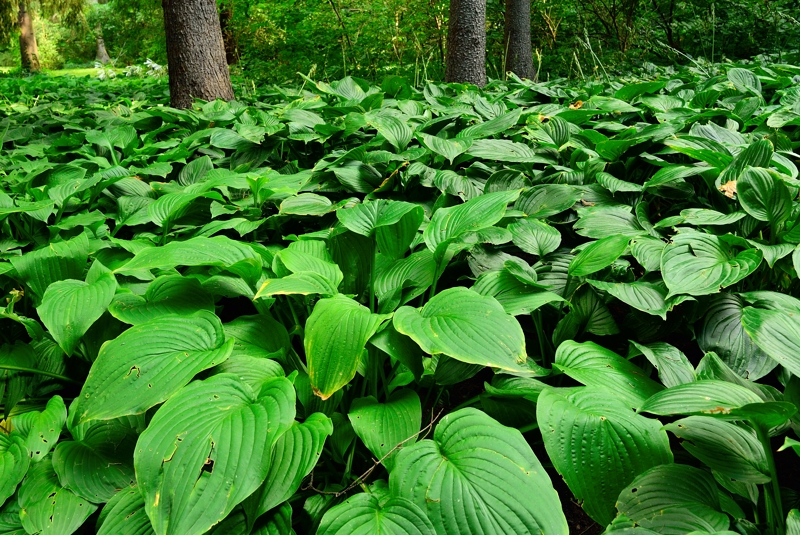 Number three comes up again. A photograph with three main subjects tends to be stronger in composition than a photograph with two or four subjects. Odd numbers are easier for the brain to relate to. Though it is called the rule of threes, it works well with fives too. When there are three main elements in the composition, the eyes wander from first to the third subject and usually come to rest on the most prominent of the three. 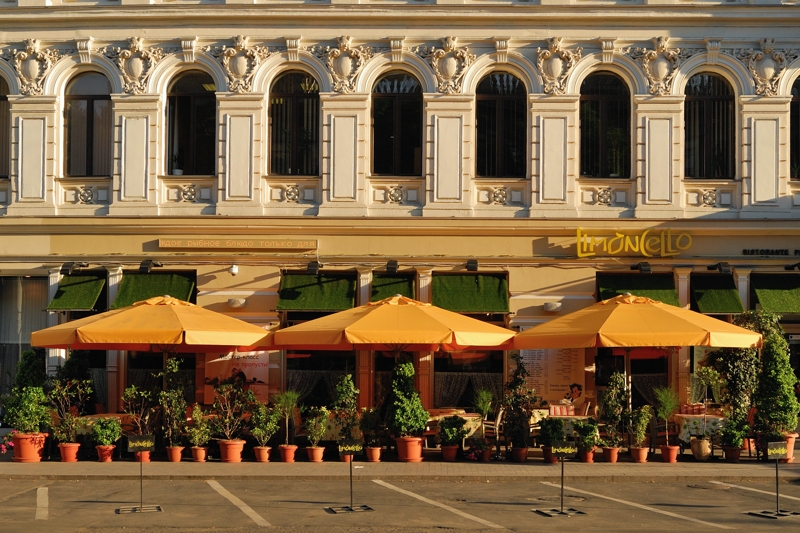 (A road-side cafe. Eyes after wandering around keep coming back to the middle umbrella.)

For seeing these rules or clichés in use to create some interesting images, go to – Composition Rules – Interpreting Images

Grandpa's are always fun to be with.
Saw this while photographing some landscapes. A beautiful silhouette of the hilltop in foreground with the setting sun. Captured at #natadol
Found this old lady on a village street. She had undergone a sight restoration surgery, and I just couldn't stop myself from admiring her stern and confident look. Clicked on Nikon, post processed on Affinity Photo.
A Hindu priest reading his religious book. I had clicked this in his small hut, using natural light only. His saffron dress, and the images on the wall in the background add to the overall feel.